Showing posts from November, 2019
Show all

Sensory Issues in children with Autism.

- November 27, 2019
Children with Autism have a lot of sensory needs. Aarian had lots of sensory issues. He had difficulty focusing and was not able to sit for more than a minute. He demonstrated lots of visual stims in which he used to tilt his head to one side and had a peripheral vision, meaning he looked through the corner of his eyes.  He was a toe walker right from the beginning and he used to wear bilateral ankle-foot orthotics also called AFOs to address this. He had poor motor skills. He used to have difficulty in walking, balance, and appeared clumsy at times. Fine Motor skills were another area Aarian struggled with. He used to have sleep issues. It was difficult for him to sleep throughout the night and used to wake up in the middle of the night. It used to take hours sometimes putting him back to sleep. It was stressful for the whole family to deal with this issue practically every night. The Sensory Profile Caregiver Questionnaire was administered as part of the assessment to determine w
Post a Comment
Read more

Delays in communication and social skills

- November 25, 2019
One of the hallmarks of Autism is impairment in social and communication skills. Communication is very essential for all of us but in children with autism it can be delayed or slow. Many of the children on the spectrum do communicate by using different modalities but never develop verbal speech and remain non-verbal. Aarian started babbling around 18 months of age but never developed speech and became silent. This is when he got the Autism diagnosis. After the diagnosis he started vocalizing however there were no words or word approximations that were noted. He would imitate some sounds. He used to take our hand and lead us to what he wanted. He did not engage in any play activities but used to play by himself. It was very difficult to engage Aarian at this age as he needed constant adult supervision. If we left him on his own he would just run from one end of the room to another as he used to seek a lot of movement throughout the day. We attended the More Than Words and Picture Ex
Post a Comment
Read more 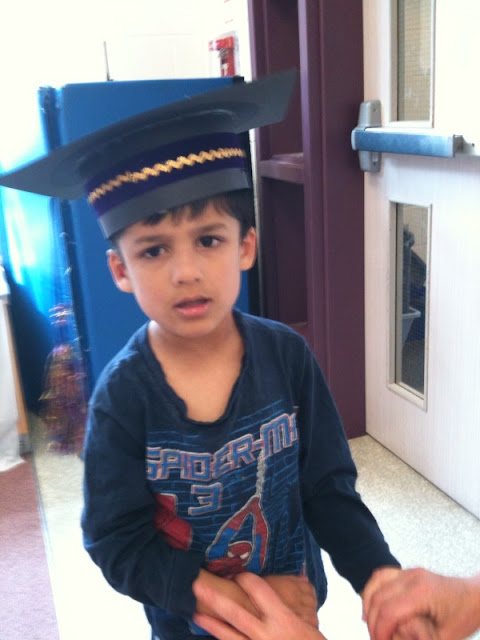 It is a very important milestone for any child to start school. It was very important for us for our son to start schooling in order for him to learn communication skills, social skills, and also academic skills. Aarian got diagnosed with Autism in June of 2009 and started school in September 2009 as in Canada Ontario the province we live in children start school at 4 years of age. It was very important for us to make the right decision in terms of Aarians placement in the school system. we knew right from the beginning putting Aarian in a  mainstream class with 20 plus kids was not the right placement for him .what he needed to be was as a special needs classroom which has 4 to 5 children with a similar disability. It had 1 teacher along with 2 -3 Educational Assistants. It was a big transition for Aarian and it was very important for us we had the right Transition plan in place for him which included his strengths and needs, diagnosis and medical information, the skills he has, or
Post a Comment
Read more

I was on a Mission to help my son.

- November 23, 2019
Around the age of 3 after we got a confirmed diagnosis Aarian had regressed a lot. He had no speech, he did not connect with us. It was very heartbreaking to see him like this. The Early Interventionist used to come home once a month and tried to connect with Aarian by trying to play with him. Both me and Ben were at a loss as to how we could connect with our son to help him. During one of the visits by the Early Interventionist I expressed my concerns to her and if there was something we could do to help our son. She advised me if I really wanted to help my son I should go back to school. I decided to go back to school and learn everything I can about Autism to help my son. I started school in 2009.  It was a tough decision as I had to look after my 2 kids, my job, and to top, it off take care of a son with autism. After 3 years in the school I graduated with Honors in Autism Graduation certificate. This was one of the best decisions I took as I never looked back after that. I felt
1 comment
Read more 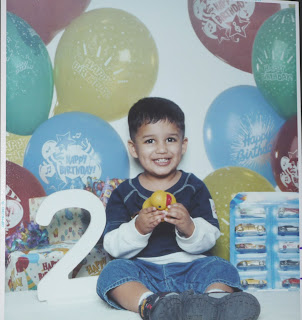 Once we got the initial diagnosis it was very important for us to provide Early Intervention for improving Aarians language abilities, social interactions and to teach him new skills which typically growing children acquire naturally but kids on the autism spectrum struggle to acquire these skills. We did a lot of research and found ABA was the most promising intervention to help Aarian learn new skills and help in his overall development. We decided to start Aarian on ABA therapy. ABA is short for Applied Behavioral Analysis. It is the science of behavior. It is the process of systematically applying interventions based upon principles of learning theory to improve socially significant behaviors to a meaningful degree. It is the most effective evidence-based approach for children with autism. Aarian started ABA therapy in March 2009 immediately after his diagnosis. The ABLLS provides the tools you need to assess, instruct, and monitor children with autism. It helps you to identify
Post a Comment
Read more

How we started our journey on the spectrum. 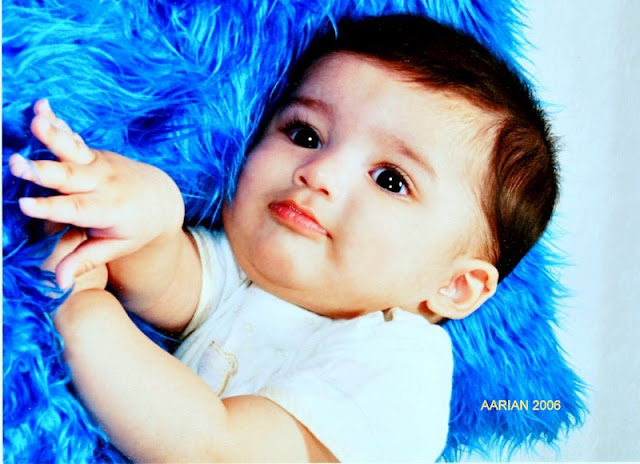 My son Aarian was born on November 4, 2005. From the beginning he was a very quiet baby, rarely cried. In the beginning, Aarian almost hit all his milestones and there was never a cause to worry. I think the first signs of something is not right started when he turned 1 even though I and my husband did not notice anything unusual at that time. Aarians grandmother is a special needs teacher and it was she who bought it to our attention that he might have autism. Aarian started showing some early signs of autism around 18 months of age like he loved to be alone, there was no eye contact when we called his name, he rarely played with toys walking on his toes. .He babbled a little bit but there were no words its as if he went silent and there was no verbal speech. Around the age of 2, he started regressing. That's the time Aarians grandmother bought it to our attention this looks like autism as he was demonstrating classic signs.  I immediately booked a visit with his pediatri
4 comments
Read more

Why i decided to start a blog 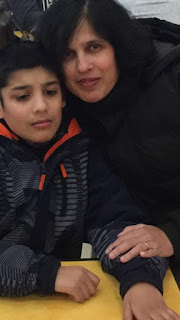 Autism or Autism spectrum disorders are characterized by difficulties in communication in way of spoken speech, social skills, repetitive behaviours. In today's world, it is one of the fastest-growing epidemics with alarming statistics of 1in 40 children are being diagnosed with autism.  It is very common in boys than in girls. There is presently no known cause for Autism Most of the children on the Autism Spectrum are nonverbal even though they have average or above-average intellectual abilities. I know there are hundreds of autism blogs already out there but as they say, if you have met one individual with autism you have met one individual with autism.    I started to blog is that I want to share the story of my son who got diagnosed with autism eleven years ago and how it changed our family.  I want to share our journey on the spectrum with our share of successes, failures, and ultimately realizing how blessed we are to raise this incredible boy. I know I am late to b
Post a Comment
Read more

My name is Vidya . I live in Toronto Canada with my little family which includes my husband Ben and our 2 boys Aaron and Aarian. Our younger son is on the Autism Spectrum . This blog is dedicated to helping other parents like us as this journey can be isolating, stressful for any family. please follow along with me as I share our journey.